Clients often ask me where reflexology comes from, or how old is the practice, and that is a difficult question to answer.

Some say that it dates back to ancient Egypt, China and Greece, but we only have crypitc images like the two below showing ancient Egyptian doctors touching each other's hands and feet, or statues of the Buddha with symbols covering the soles of his feet. But no one can be sure if modern reflexology is what they were doing. I believe that all cultures have a method for working with the feet.

The style of reflexology that I practice originated in America, in New York, in the early 1910's. Eunice Ingham is the woman responsible for the current reflexology map of the feet and for teaching reflexology to people outside of the medical community.

She worked with two other men who were expanding on ideas coming from Germany about "reflex action", the therory that touching in one place could trigger reaction in another. Massage was still a new technique and trigger points were still being discovered. Previous work from Europe had identified that body could be divided into 10 zones running from the head to the feet, so working each zone in the foot could influence that whole line of the body from head to toes. A second man identied that feet could be divided into 4 horizonal zones for the head, chest, abdomen and pelvis. Eunice put those two concepts together and made a grid on the feet and spent her lifetime mapping the reflex areas for organs, muscles, and joints of the body into that grid. She also discovered that applying alternating pressure with the thumb or other device has a great result for pain relief, and that is why "thumbwalking" is a signature technique in reflexology to this date.

Reflexology is not a diagnosis or prognostication

Reflexology is effective for foot pain

Happy Holidays to all 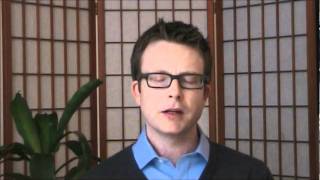 Reflexology is not a diagnosis or prognostication